The South Korean media is notorious for maintaining its curated image. Idols and actors alike are put through grueling training processes that teach them how to respond to press questions and avoid controversy. Ratings on TV shows and movies are rigorously adhered to and even minor changes are met with negative reactions. Despite these guidelines, controversies do crop up - occasionally actors find themselves in the middle of a talked-about issue or a movie with a sensitive subject matter manages to grab everyone's attention.

Here's a list of some of the movies that grabbed headlines - but for all the wrong reasons. From behind-the-scenes affairs to pro-communist content, these films have seen it all. Some of the censorship battles were in fact so strong, that the original movie with all the uncut scenes has still been lost or is very difficult to find in its entirety.

Directed by Park Chan-wook, who also directed the masterpiece Oldboy, Handmaiden stars  Kim Tae-ri and Kim Min-hee in the lead roles. Set in the Victorian era, with Korea under Japanese colonial rule, the lead actresses play a poor orphaned pickpocket and a rich lady respectively. Narrated in 3 parts, the movie unfolded by using the Rashomon effect where every part adds a new perspective when seen from that character's point of view. While the film gained a fair amount of notoriety due to its explicit depiction of a homosexual relationship, the main blow came when Kim Min-hee reported to having an affair with Director Hong Sang-soo who was still married at that time. Until 2015, having an extra-marital affair in Korea was punishable with up to 2 years in prison. Hong Sang-soo was embroiled in a long-drawn legal battle with his wife until they finally divorced in 2018. As for the new couple, they have worked together on 3 films since.

There are several reasons why Moebius gained popularity and not many are related to the daring nature of the film. Objectively speaking, the subject matter itself is controversial. Moebius is a dark, horror-comedy that talks of an incestuous relationship, features multiple explicit scenes, and delves deep into the lives of a crazy family. The movie is bold, unapologetic and a haunting caricature of a perfect family portrait. If you're looking for a sick, twisted film - I would highly suggest watching Moebius. While it's no wonder that such a subject matter resulted in the movie being banned by the Board until several scenes were cut out, what drew more attention was an unnamed actress's claims that she had been assaulted and forced by the Director Kim Ki-duk to shoot explicit scenes she had previously not agreed to. The actress was later replaced and her name was never revealed. This is not the directors first time being embroiled in such a controversy as he has earlier been painted as perpetrating misogyny through his films.

Lies is a film adapted from a novel of the same name, published by Jang Jung-il. The novel depicted a  sadomasochistic relationship and was believed to be disturbing enough to get the novel banned immediately after its release. The author himself was given a prison sentence lasting a few months. Irrespective of this, Director Jang Sun-wu went ahead with a movie adaptation. The movie underwent several rounds of screenings and was finally released with multiple cuts. The full-length original version is since said to have been lost. Despite the movie receiving accolades internationally, the South Korean audience never warmed up to it. 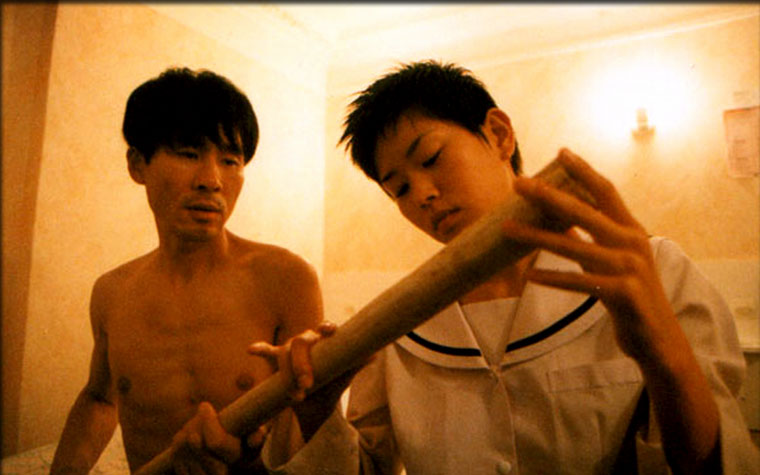 This is a Korean film, set in China dealing with the life of a merchant and his three wives. As jealousy grows among the wives, underhanded tricks and extramarital affairs become a common theme. Despite being set at a time when polygamy was accepted, the movie was too stark for the audience and clashed heavily with the censor board. After a long battle, it was finally released with over 40 minutes of footage cut out. The full movie is virtually impossible to find anymore. 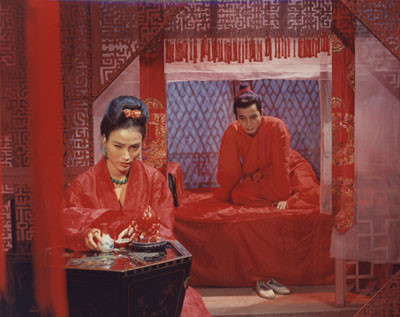 Directed by Lee Kang-cheon, Piagol was one of the first movies banned by the South Korean censorship board. The film revolves around a group of communist guerillas and their lives in the camp. Set against the backdrop of the Korean War, the movie was banned for propagating the communist agenda, and out of fear that it would incite people along those lines. However, the director staged a protest and highlighted several key moments in the movie which focused on unity and freedom. After the addition and removal of certain scenes, the film was re-released in theatres.

Any other controversial film you came across recently? Let us know in the comments below!