A zombie outbreak occurs at an army reserved training camp in Singapore, and a clueless reservist and his commander must save the day
Written by The Arty Dans


A lazy army reservist is caught on his training base camp in the middle of a mysterious zombie outbreak.

He teams up with a few other survivors as they dodge the ever-growing population of zombies while trying to get to the helicopter rescue site.

Can he make in time?

Tan and friend Tazan are reservists in the Singaporean army. An enforced enlistment, they don’t want to be there and do whatever they can to get our field security duty.

They visit the canteen hoping to get a sick leave pass, but dozens of other reservists have beaten them to it.

While they wait there all hell breaks loose at the camp. Soldiers are biting each other and turning into strange creatures. No one ever says zombies though. But we know they are.

Tazan gets bitten, and Tan being completely incapable of knowing what to do, somehow manages to survive, although that is explained later in the film. He teams up with Lee and Xiao Ling, and they try their hardest to survive the outbreak while also trying to outsmart both the zombies, and Captain Yap and his sidekick who are desperate to escape. 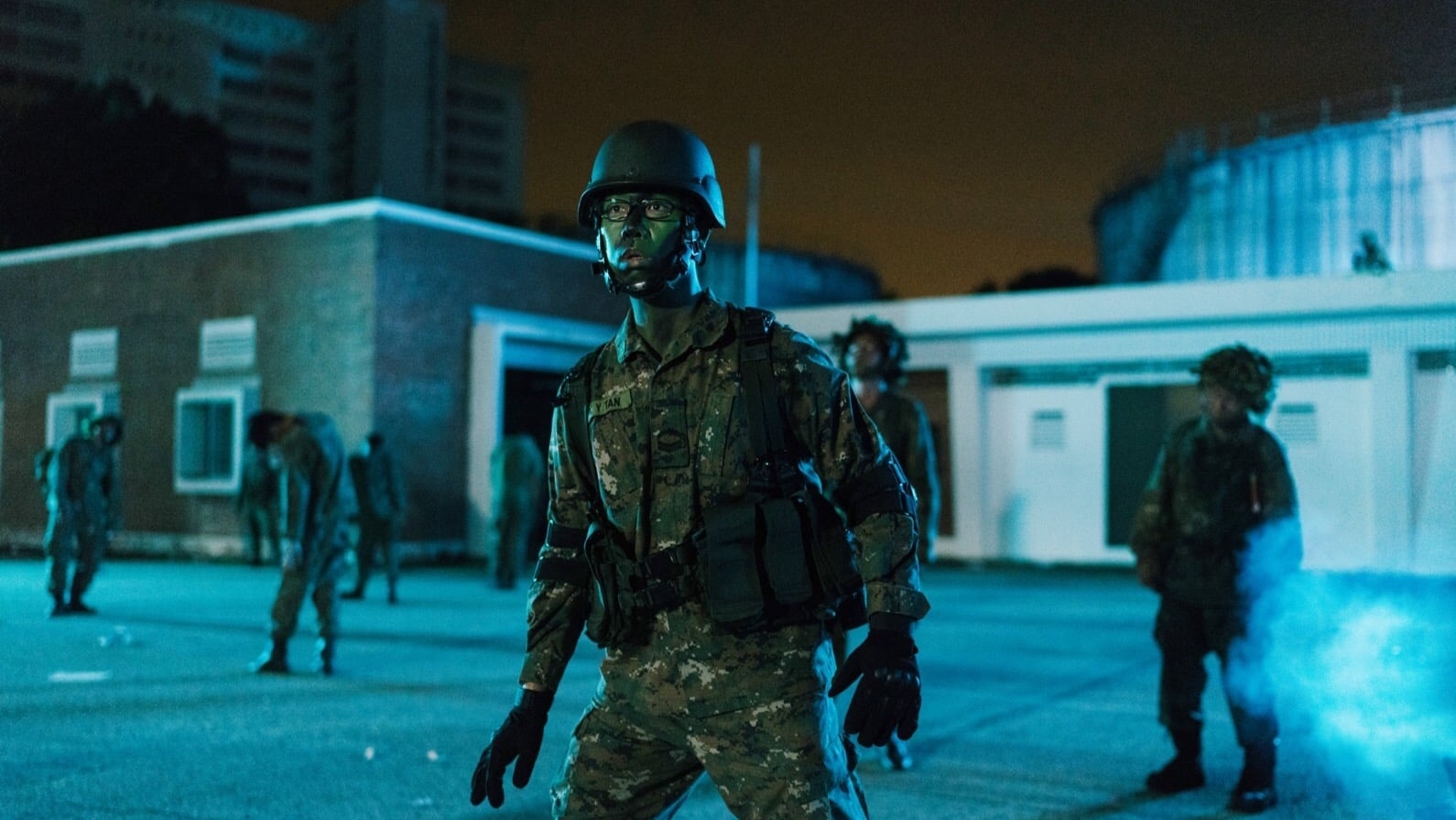 Are you sick of zombie movies yet?

I watched this movie after I saw the 2020 Korean zombie film #Alive, and they certainly share the same similarities in the main characters, that being they are both pretty much useless.

Whereas Korea did it with their typical film-making glitz, this is more of a laid-back affair relying on the characters and comedy and less on the special effects. And this movie did come first, releasing two years before #Alive.

And this is a question you should ask yourself. Do you like zombie movies that don’t take themselves seriously? And do you like movies with really powerless, weak characters? 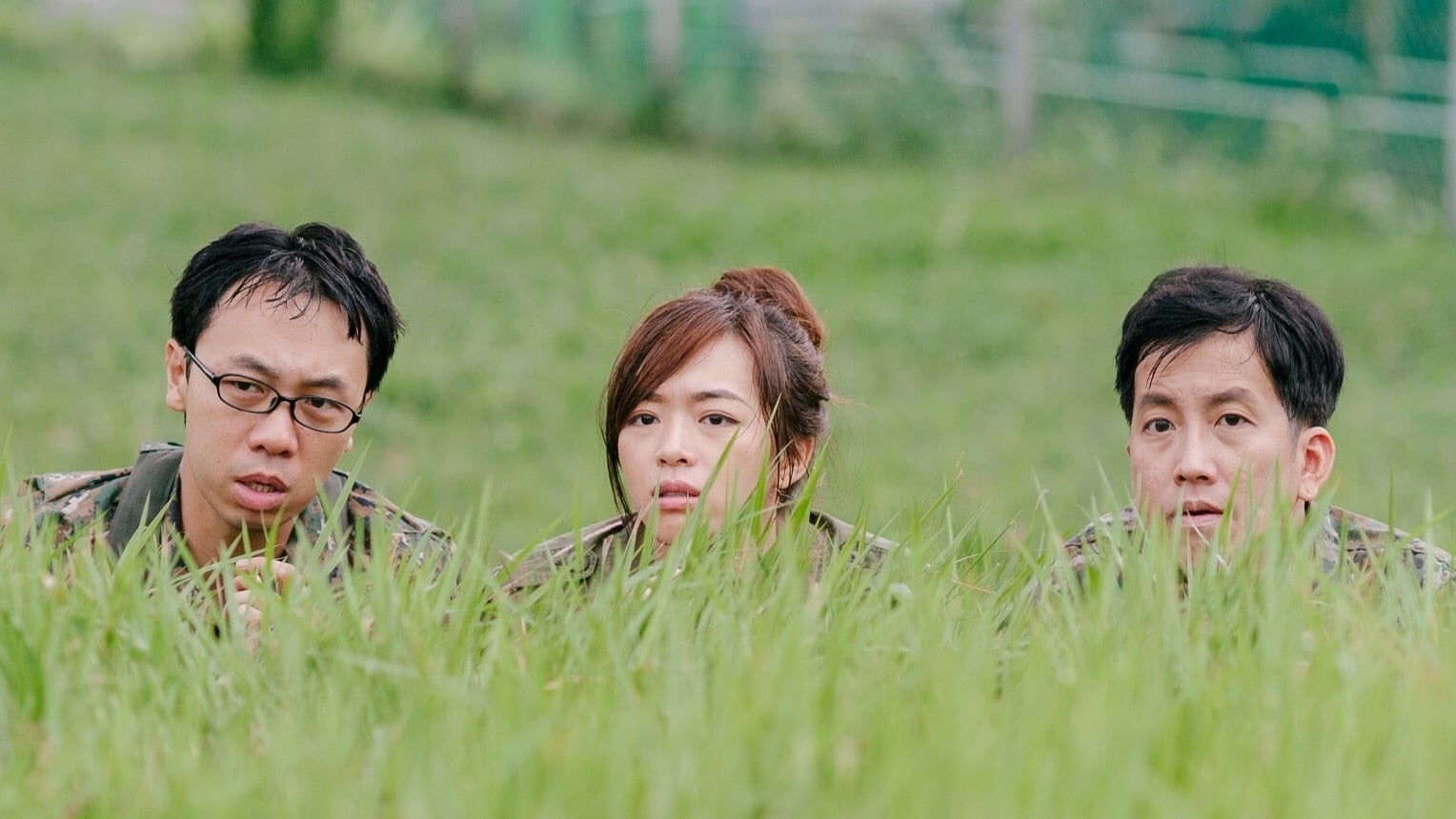 I’m a sucker for the Singaporean accent, and this movie delivers for me. There is the typical mixture of English and local-dialect Mandarin spoken by all characters, which means if you are unlucky enough to find a version of this movie without subtitles, you won’t have any trouble following along.

And just like #Alive, this movie relies on the whole “muscle memory” concept for the zombies. In this case, it’s the funny scene where all the zombie soldiers stop and stand attention to the Singaporean national anthem, giving our characters an opportunity to sneak past them unnoticed.

You know, I am starting to think #Alive was very heavily inspired by this film. 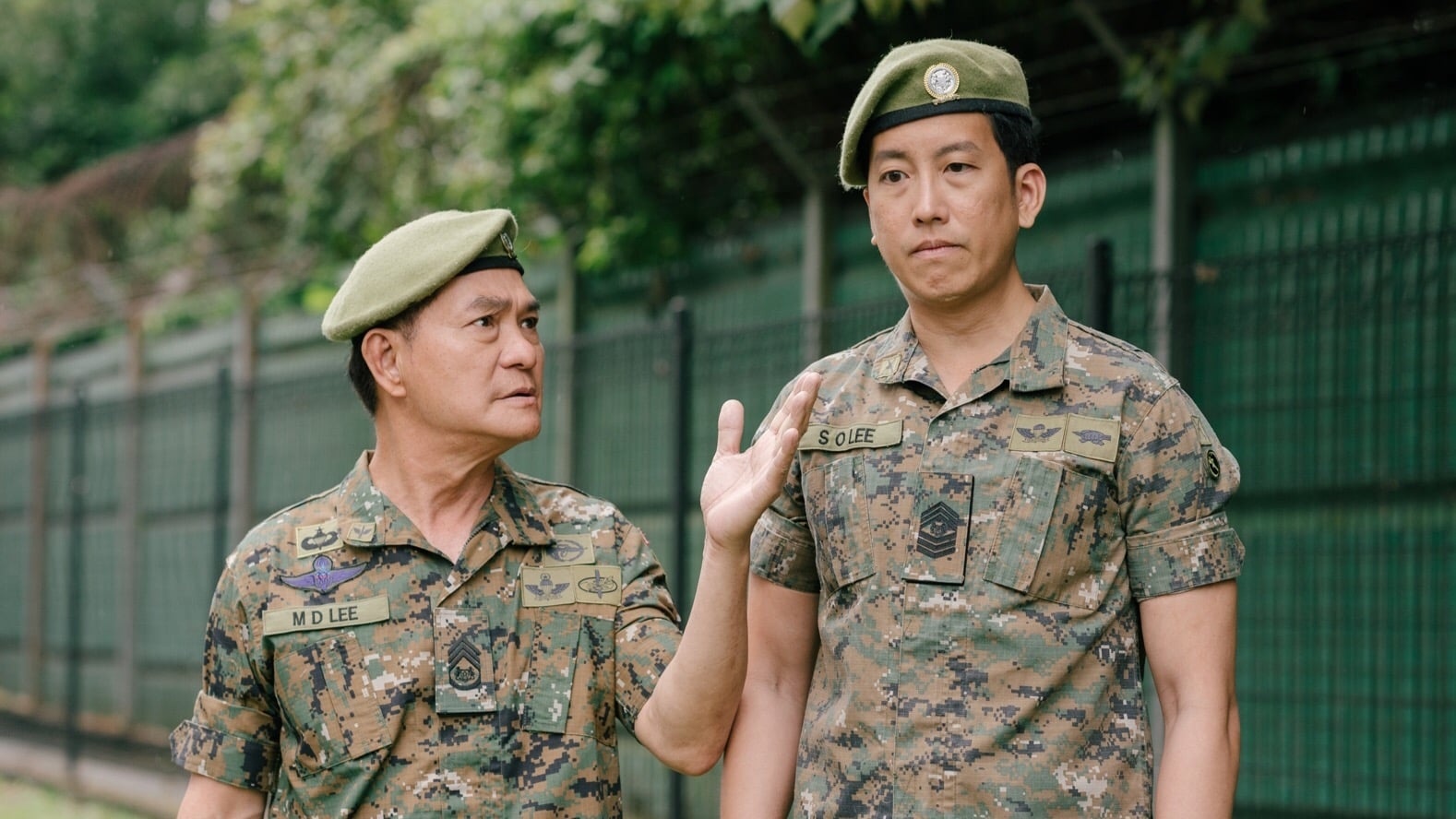 While the movie starts off interesting, and dare I say it, cute enough at the beginning, it starts to get very tedious very quickly.

Just like #Alive, the main character doesn’t have enough charm or personality to be interesting enough to hold a whole movie together, thus the reliance on the sub-characters is vitally important.

But they aren’t that great either. Lee is your typical army soldier; everything is by the books for him and everything must be done to a certain standard. That’s great, but this is a zombie outbreak, be a bit flexible.

And Xiao Ling, as one of two female character, is the usual “strong than the men” character, which again gets annoying quickly. It’s better than her being a damsel in distress, but surely there is a middle ground that would been more satisfying.

As I’ve mentioned, I really do think the producers of #Alive have taken some inspiration from this film, and they might have taken the wrong ones. 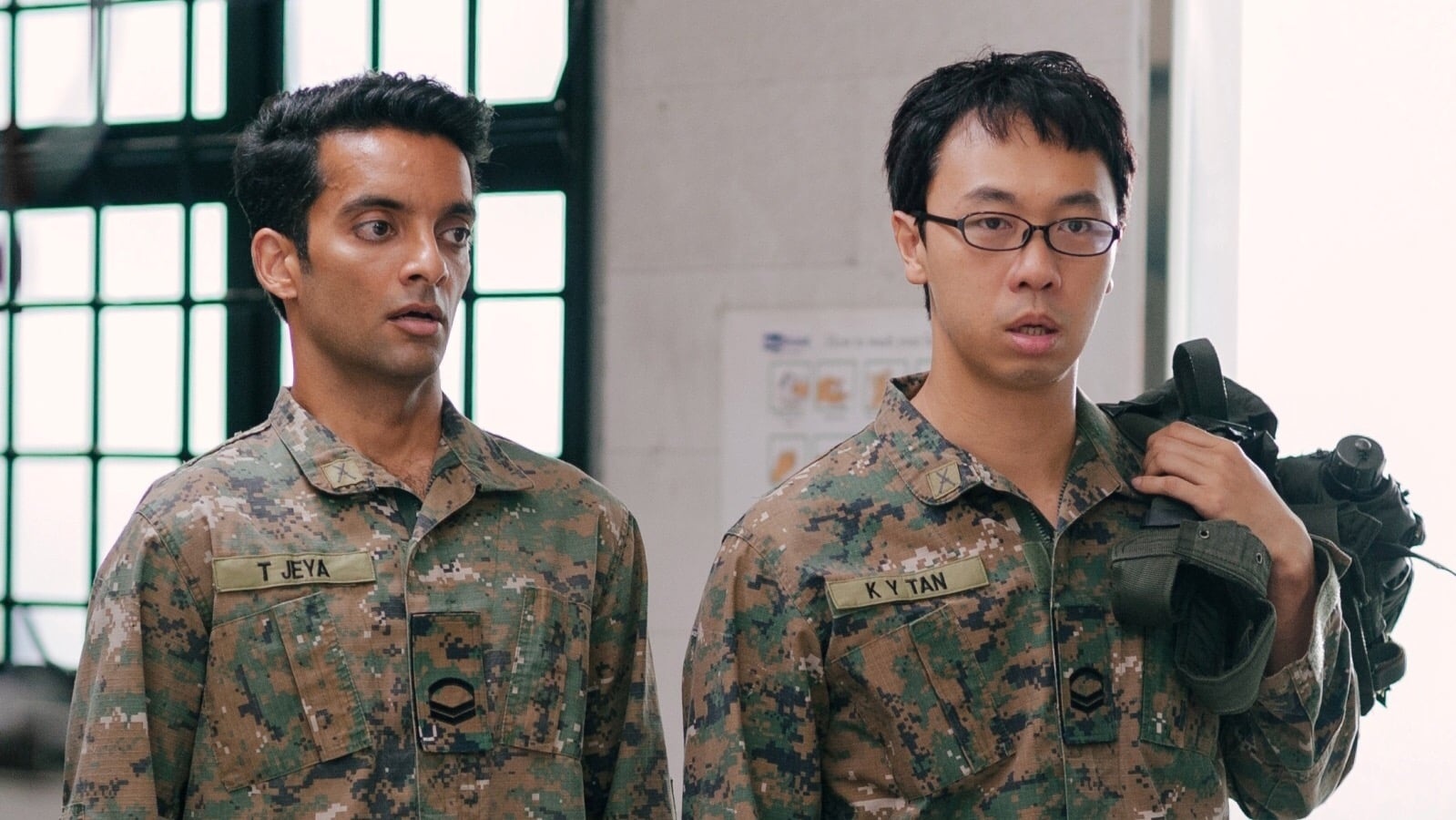 It’s not a bad movie at all, and it’s short coming in at around 80 minutes.

But it doesn’t bring in anything new other than cool Singaporean accents. And if that’s something that interests you, then no doubt you’ll get a kick out of this.

Zombie movies are hard to get wrong, and while this one doesn’t get It right, it’s doesn’t stuff it up either. Given the choice between this and #Alive, I’d pick this due to the shorter running time and less illogical plot line.

My recommendation is: Your Choice.